What are the local environmental impacts?

There are real concerns around local impacts like dredging the Bay, disturbing toxic sediments, and the impact of chlorine on the seagrasses and habitat and nearby internationally recognised Ramsar Wetlands. The Victorian government rejected AGL’s proposal for a similar gas import terminal at Crib Point in Westernport Bay because the release of chlorinated water posed “unacceptable risks” to the marine environment.

Viva Energy has argued their gas terminal would reuse this chlorinated water in the refinery process, before releasing it back into the Bay.

“Ecological character is the combination of the ecosystem components, processes and benefits/services [CPS] that characterise the wetlands at a given point in time” and

“...change in ecological character is the human induced adverse alteration of any ecosystem component, process and or ecosystem benefit/service.” 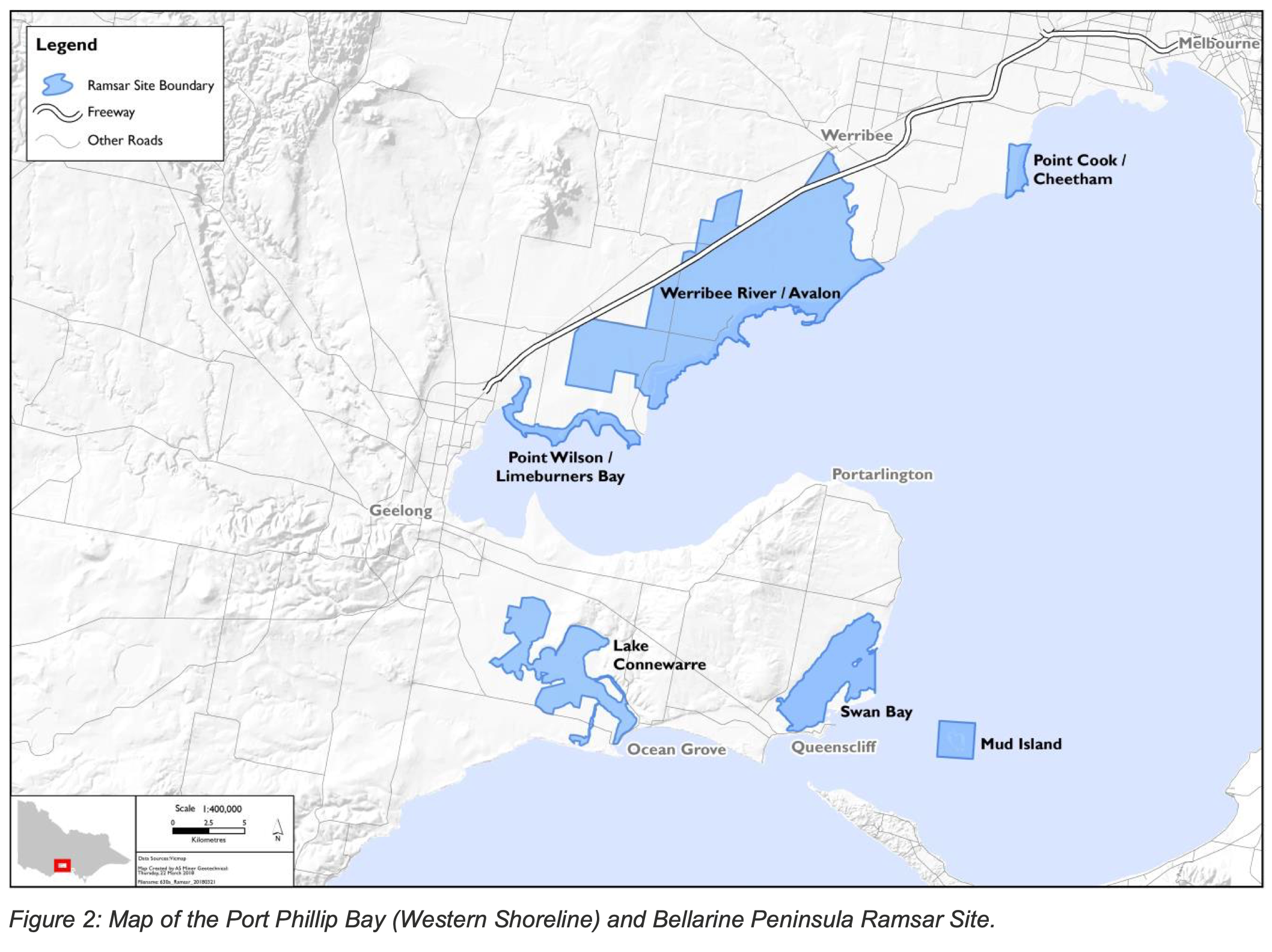