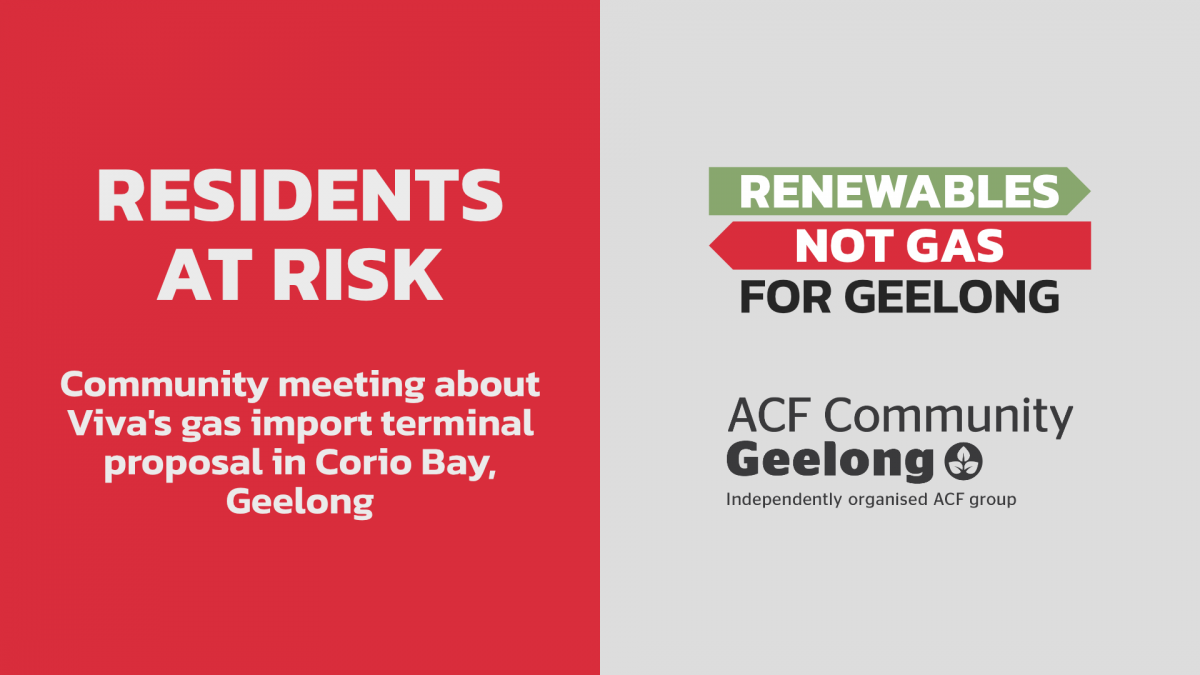 “Viva Energy’s spokesman needs to know that the words “unlikely” (ignition) and “rare” (terror attack) are hardly reassuring to local residents or those in the wider community. There is no 100 percent guarantee against terrorism or human error. Viva Energy’s planned LNG terminal in Corio Bay is an unacceptable risk,” wrote Kate P of North Shore to the Editor of the Geelong Advertiser (October 15, 2021).

Her words reflect the opinion of 94 percent of those who earlier in the week attended our Residents at Risk webinar.

As Kate writes, there are no guarantees. Despite that, just days earlier a Viva spokesman, also quoted in the Geelong Advertiser, said “the likelihood of a terror attack or major security incident in the region was rare.”

Australia’s security authorities hold a different view, rating the current national terrorism threat level as “probable” and noting “credible intelligence assessed by our security agencies indicates that individuals or groups have the intent and capability to conduct a terrorist attack in Australia.”

Oh really? Does Viva know something that our national security agencies don’t?

While there is widespread consensus internationally that LNG tankers and facilities represent ideal terrorist targets, even accidental damage to a tanker has the potential to create a disaster.

In research commissioned by the US Department of Energy, SANDIA National Laboratories concluded that a significant leak from either a ship collision or an intentional terrorist attack could pose a serious risk to people and property within a 3.5 kilometre radius.

When LNG contacts water it is vapourised into a flammable cloud which is initially heavier than air. Initially the cloud spreads faster horizontally than vertically and it can envelope a very large area. The vapour cloud presents a risk of asphyxiation before finding a source of ignition.

If that source of ignition is within the inner 500 metres radius from an LNG spill there is a significant chance of fatalities with instantaneous exposure, flammable structures will ignite spontaneously and fire-resistant structures will suffer damage after short duration.

In a second zone between 500 metres and 1600 metres from the spill site extended exposure would results in fatalities and buildings that are not fire-resistant will suffer damage.

Even between 1600 metres and 3.5kilometres away people would experience pain within 15-20 seconds and second degree burns after 30 seconds.

It is estimated that more than 30,000 Geelong residents live within 3.5 kilometres of the proposed terminal and the Corio Bay shipping channel.

Thanks to Kate P for speaking up on behalf of Geelong residents.