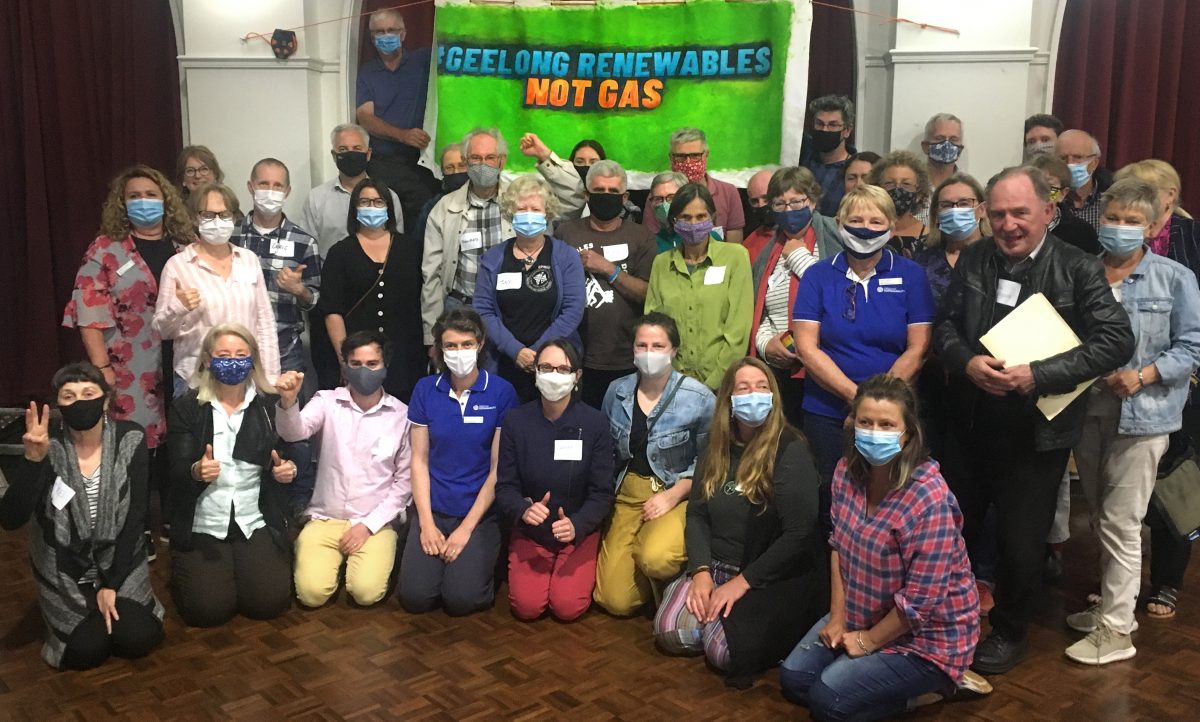 More than 100 Geelong people turned out last week to find out more about the proposal by Viva Energy to build a floating gas import terminal in Corio Bay.

“The number of people who attended the briefing far exceeded our expectations and indicates significant community concern about the terminal,” event organiser Sally Fisher said.

Audience questions reflected that concern and there were many constructive suggestions about how to make the wider Geelong community aware of the Viva proposal.

Ms Fisher said “Viva says it supports the transition to cleaner sources of power but so far the only detailed proposal is to import gas- a dirty, polluting fuel that can be as damaging to our climate as coal. This will take our community in the wrong direction. Fossil fuels like gas and coal are on the way out. Viva should focus on 100 percent clean energy instead.

“Geelong can be a renewable energy hub. We have the infrastructure, skilled workforce, and proud manufacturing heritage to position our city as the place for a rapidly growing clean energy industry, especially given our proximity to the big battery planned for Moorabool. “

The briefing covered what this proposal might mean for Geelong and Victoria’s energy, business, economic, recreation, environment and climate future. Given the implications of the proposal, a key aspect was an outline of the Environmental Effects Statement process, how it runs and opportunities to participate in this.