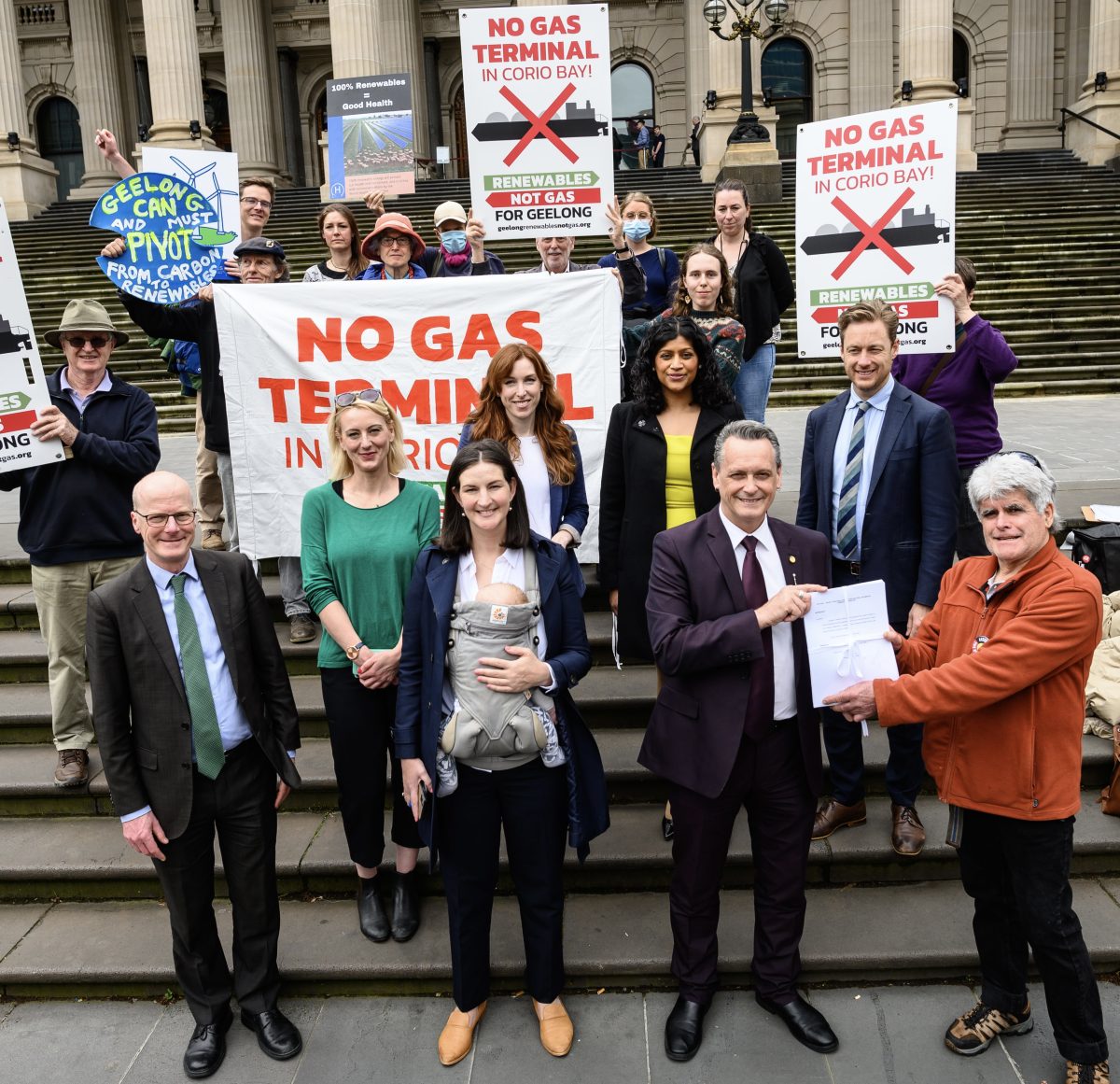 The petition has been signed by 2500 Victorians and will be tabled in the Legislative Council at 5pm today, Wednesday 21 September. MPs Andy Meddick and Samantha Ratnam will speak in parliament about the concerns of the Geelong community.

Members of Geelong Renewables Not Gas will rally on the steps of Victorian Parliament at 1pm today and are available for media photos and interviews.

Spokesperson Darcy Dunn said “With this petition, the Geelong community is demonstrating yet again that we don’t want a polluting and dangerous gas terminal in our bay and we will keep fighting to stop it going ahead.

“More than 2000 people made submissions to the environment effects statement hearings and all but 2 were opposed. That is an extraordinary rejection of this proposal from the Geelong community.

“After more than eight weeks of public hearings into the plan, the list of environment and safety concerns has actually increased,” Mr Dunn said.

Among its many findings the report concludes:

“With the Victorian election a few months away, local MPs should be aware of the widespread and diverse opposition to this project,” Mr Dunn said.

“We want Geelong to be a hub for renewable energy jobs not a polluting gas terminal that requires dredging the bay and will make the climate crisis worse.”